Bachelors in History and ongoing Masters in Teaching

The Caine Mutiny focuses on the events surrounding the original novel The Caine Mutiny by Herman Wouk in 1951. Wouk wrote the book based on his experiences aboard two United States Navy minesweepers during the Pacific War, a conflict mainly between the Japanese Empire and the United States of American during WWII. After serving aboard the USS Zane and the USS Southard, Wouk created the fictional USS Caine to serve as a single vessel with which to tell his story. 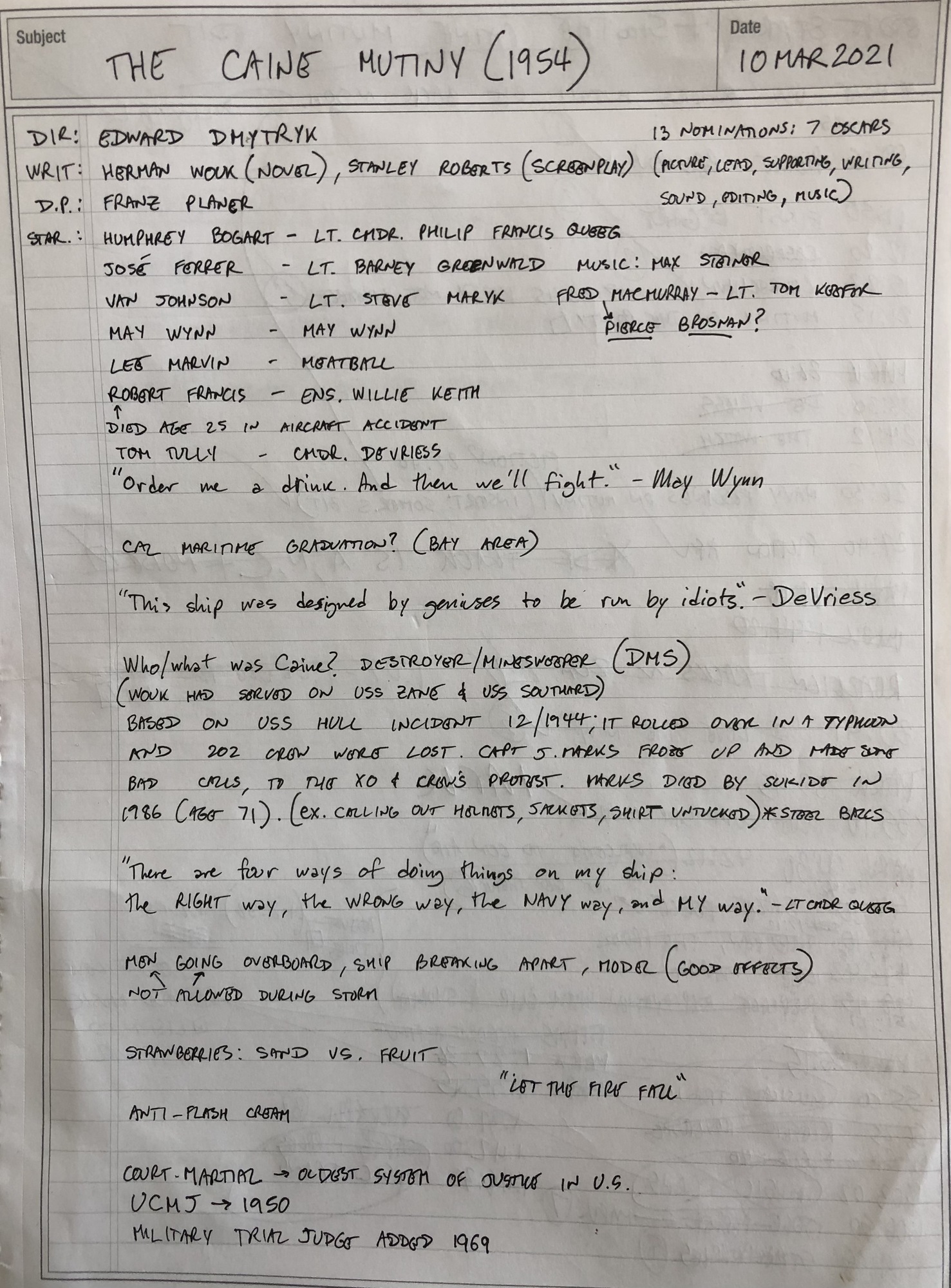