The Death of Stalin

Stalin's relationship with the highest military echelons was the most brutal of any of the Allies of WW2 (more so even that Hitler, who regularly fired generals, but who only executed high ranking officers after the failed June Plot of 1944).

In 1937, Mikhail Tukhachevsky was arrested, tortured, and confessed to being a German agent and Fifth columnist during the Great Purge. This has been catalogued in great detail by Robert Conquest's The Great Purge, and was accompanied by the trial and execution of three of five marshals, 13 of 15 army commanders, 8 of nine admirals, 50 of 57 corps commanders, 154 out of 186 divisional commanders, all 16 army commissars, and 25 of 28 army corps commissars. The purpose of these purges is thought to eliminate the so-called Old Bolsheviks, the leaders who, like Stalin, had served under Lenin during the October 1917 Revolution and the ensuing Civil War.

The purpose of the Purges is not known, and they veered far outside of Soviet political and military leadership into the general public. Execution was typical for leaders of the USSR, but imprisonment in the GULAG was more common for mid level or low level leaders, especially for army officers. 30% of the total officer class was implicated in the Purge of the Army of 1937-38, while it is thought that 3% to 7% of officers were actually executed. Despite Stalin's meticulous note-taking, still available to the public via the KGB archives, it is not known how much of it was directed personally by Stalin. Stalin did follow the course of the Tukhachevsky case, who had been a hero of the Civil War, led the offensive into Poland in 1921, and had long been considered a rival to Stalin in military matters.

It should be noted that the concept of the "deep battle," of using Russia's enormous landmass to launch long drives into an enemy's flanks and rear, coordinating multiple armies to disrupt an enemy's strategic objectives, has been typically thought to be the brainchild of Tukhachevsky. Tukhachevsky was known in the West as a proponent of combined arms and tank spearheads in the so-called blitzkrieg style that General JFC Fuller, a British combined arms theorist, called him out specifically for not having developed this style of warfare for the Soviets. He pointed this out in a book written in the 1960s, decades after Tukhachevsky was executed.

What does this mean for Zhukov in the film? Georgy Zhukov emerged from WW2 as the most famous of the Soviet generals, at least to those in the West, with whom he had good relations.

In 1938, Zhukov successfully defeated a Japanese army at the battle of Khalkin Gol, a decisive victory fought on the borders of Mongolia and Japanese-held Manchuria, effectively ending Japanese expansion outside of their province of Manchuko (a large tract of land north of Japanese-held Korea). This victory was won through successful execution of the "deep battle" theory.

Zhukov was in command of the fronts during the initial phases of the battles of Leningrad and Moscow in late 1941-42. The Russian counterattack during the battle of Moscow is now understood to have very nearly destroyed the Wehrmacht northern army group completely, with a million casualties inflicted. Zhukov later "coordinated" the counteroffensive at Stalingrad, utterly destroying the German 6th army, defeating the Nazis' Plan Blau (the plan for the conquest of the Caucasus). Zhukov also "coordinated" the counteroffensive associated with the battle of Kursk, the final German offensive on the Eastern Front, stopping the Wehrmacht within a few days, and driving the enemy past where they started.

Zhukov led the 1st and 2nd Belorussian fronts during Operation Bagration in 1944, an offensive that saw the complete destruction of one of three Wehrmacht armies in Russia, Army Group center. His forces also took part in the battle of Berlin, where he accepted the German surrender personally. Zhukov was also the first commander of the Soviet occupation zone. When he says, "I fucked Germany, I think I can take a flesh lump in a waistcoat," it's not really an exaggeration.

But, again, what does this mean for Zhukov in the film?

As one of the most visible military commanders during the war, Stalin and Zhukov had a unique relationship. As the war went on, and Stalin handed more control of military matters to generals and commissars (in contrast to Hitler, who decided to seize more direct control of military matters as the war went on), Zhukov was one of the most visible heroes of the war. He also never gave up the character trait of speaking bluntly and directly to members of the political leadership, especially Stalin. Zhukov argued against Stalin's war conduct in 1941 and 1942, and lost his position as chief of staff, only to be recalled as an army group commander for the defense and counterattack outside Moscow. Blunt, abrasive, impatient with subordinates, stubborn, unyielding in his thoughts, some believe that Stalin actually may have respected the Marshal's honest disagreement. What Stalin actually thought of him remains completely unknown.

Immediately after the war, Zhukov was given a series of second to fifth rate assignments, first in Odessa, in the Urals, and then in the Ural Mountains Military district, to signal that he was no longer in favor with Stalin. Many high ranking officers in the Soviet army, especially those who had strong relationships with commanders of the Western allies, suffered similar fates. Zhukov and Eisenhower, while in Berlin and also representing their countries at the Potsdam conference, developed a friendship. So given Eisenhower's appreciation of nightlife, its entirely possible that Zhukov had actually met Coco Chanel at some nightclub postwar. It would also explain why Malenkov had zero idea what he was talking about.

Historically, Zhukov was recalled from the Urals to Moscow just shortly before Stalin's death. He was given no new orders, so it may be possible that Stalin was considering another purge. On Stalin's death, Zhukov became first defense minister, took part in the action against Beria, and denounced him personally.

Zhukov fell from power in 1957, retired, and basically went fishing for the rest of his life with a tackle box Eisenhower sent him. 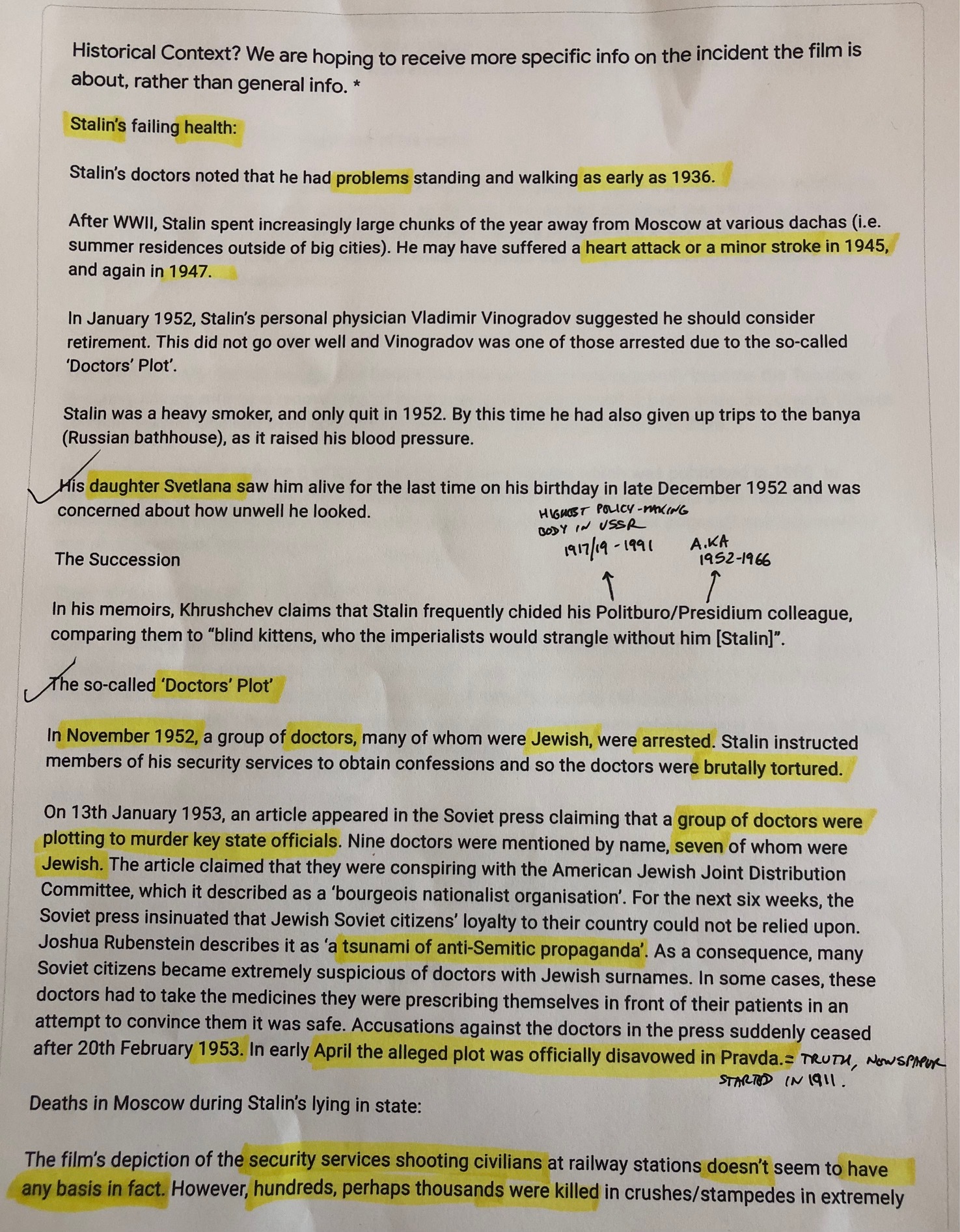 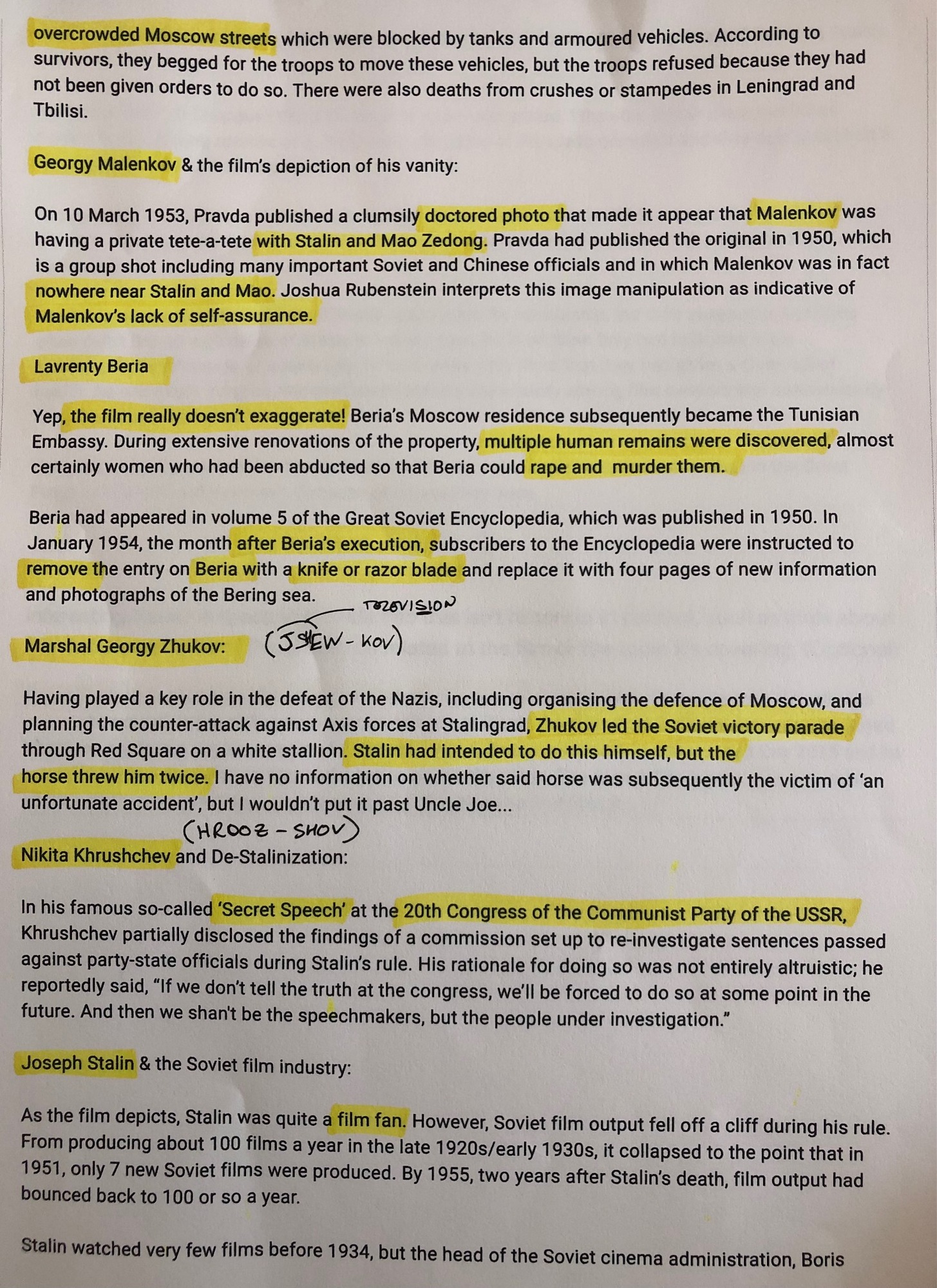 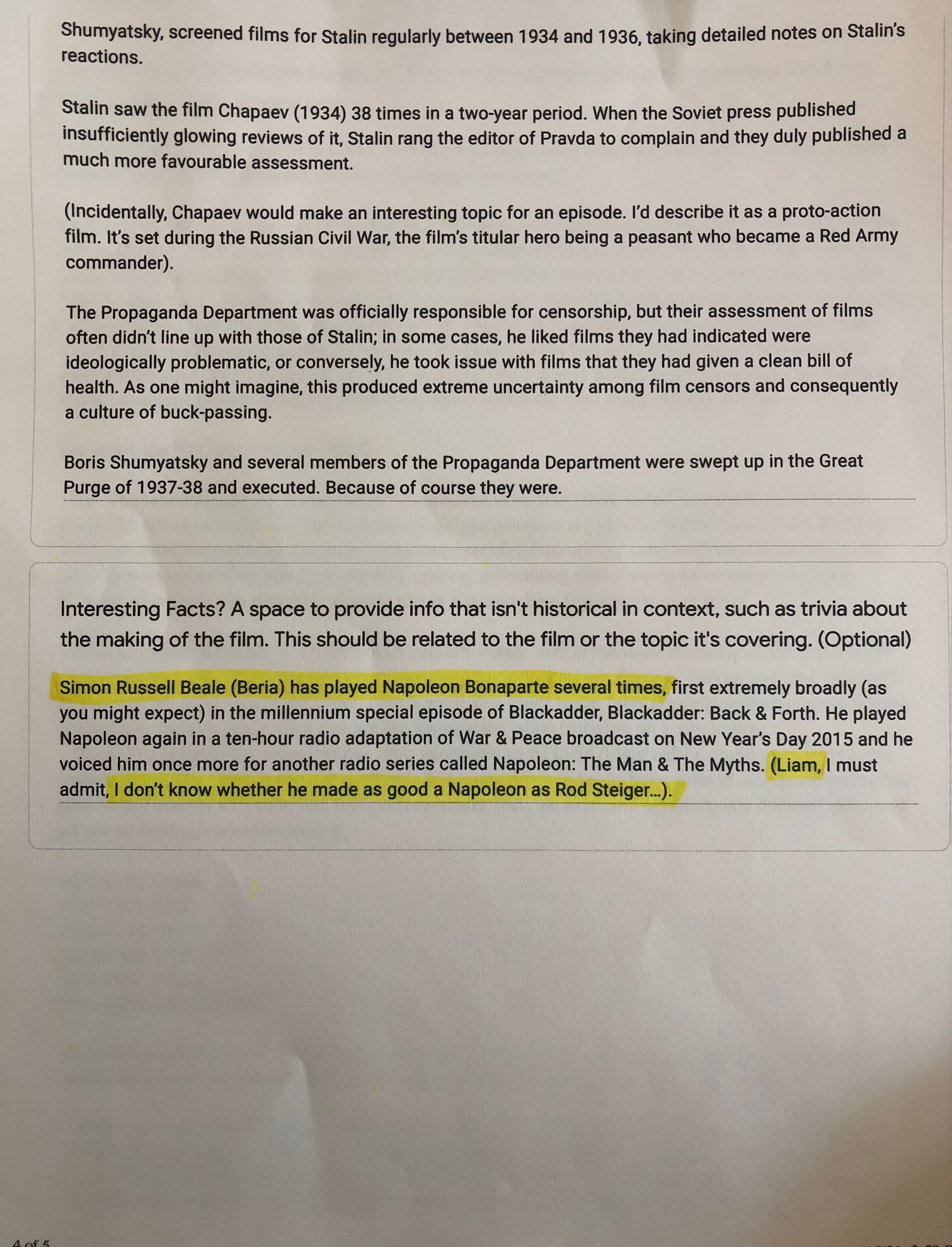 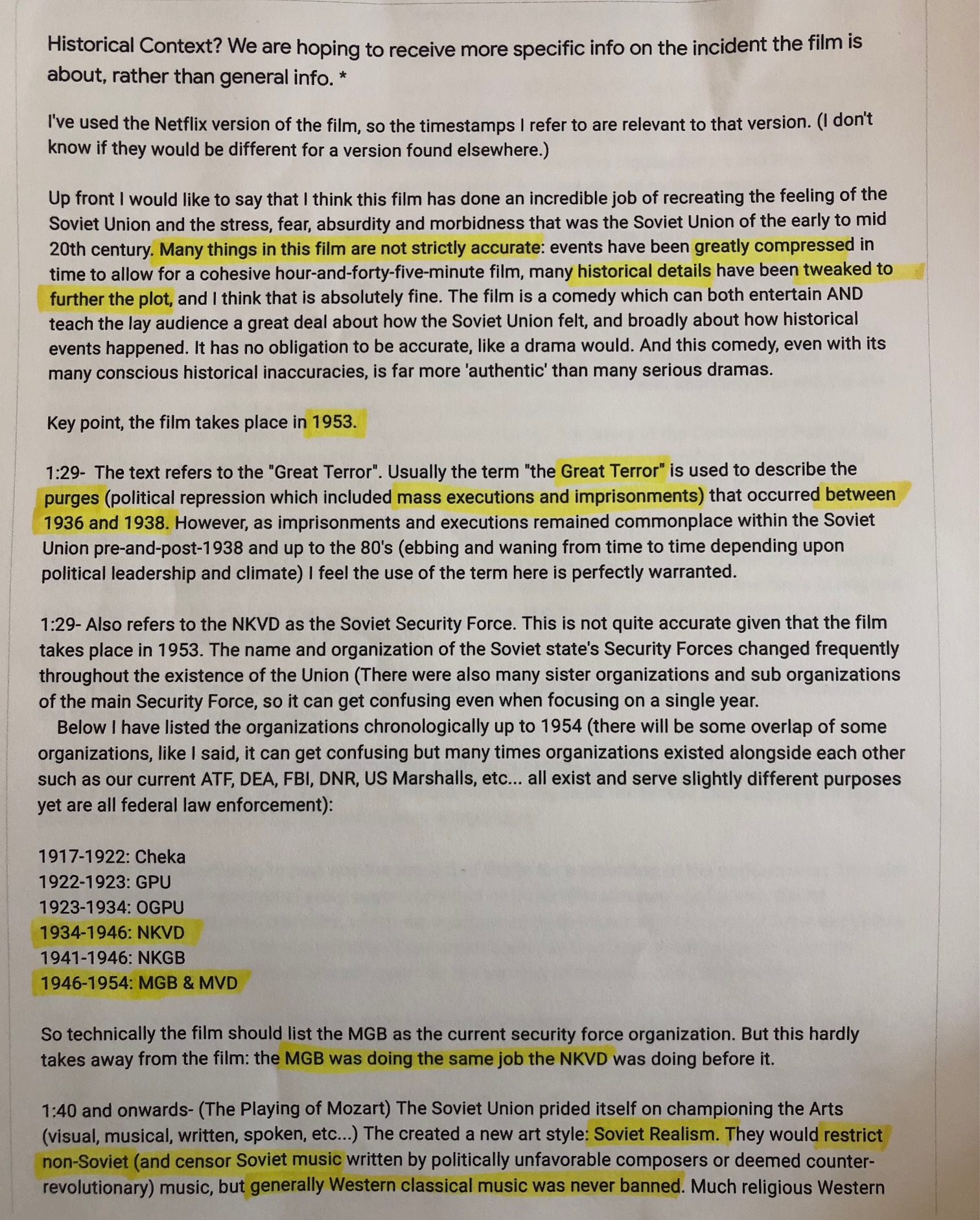 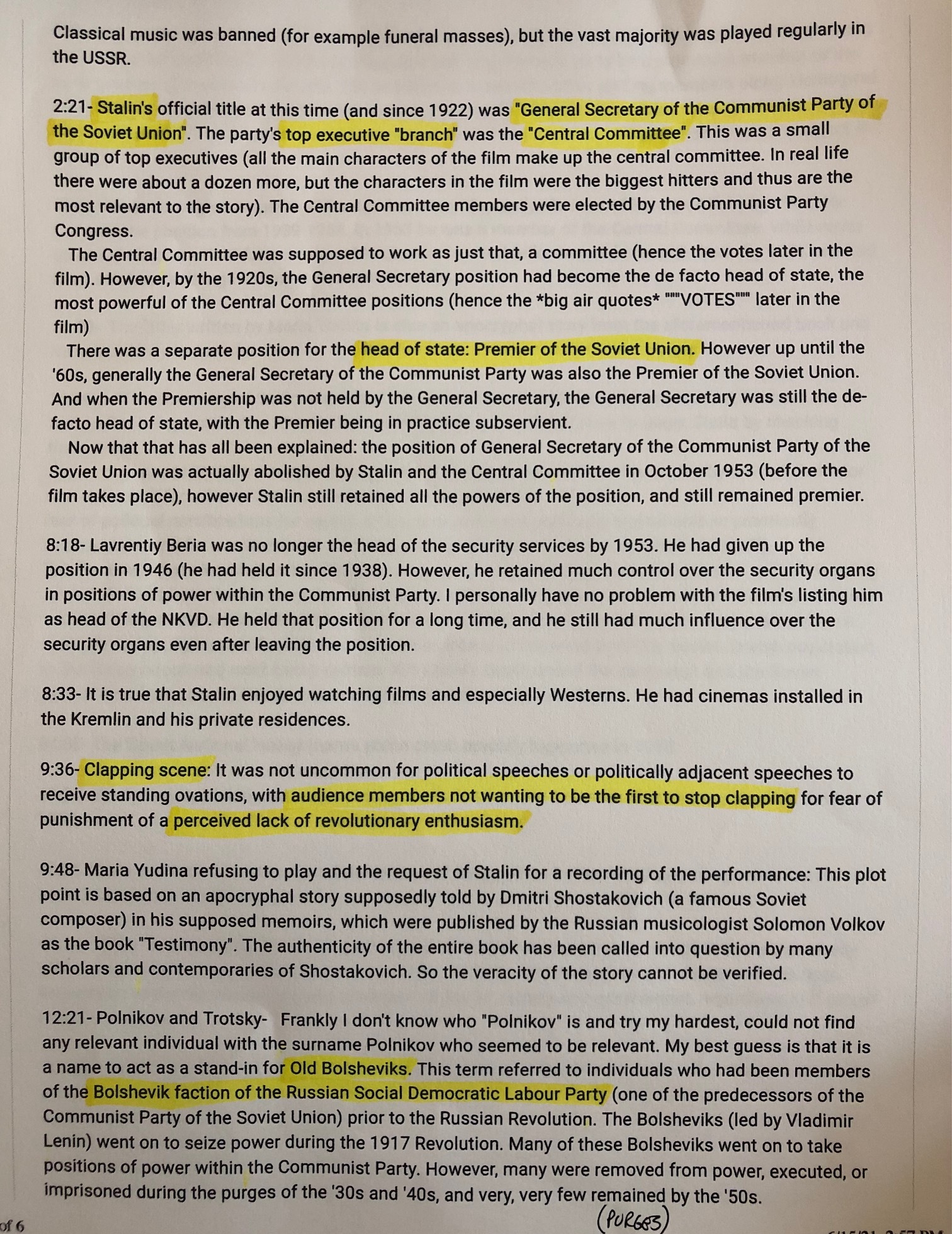